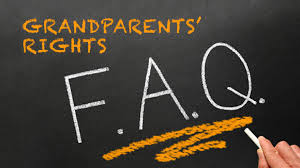 For years there was no right to “Grandparent Visitation” in Maryland. There was little chance that an unrelated “Third Party”, someone who was not a biological, or adoptive, parent could succeed in getting a Maryland Court to award that Third Party visitation with a child over a parent’s objection. It was considered a “fundamental right” of parents to direct and govern the care, custody and control of their children. This meant that unrelated individuals who wanted court-ordered custody or visitation had to prove that the parents were unfit, or that exceptional circumstances existed, and that it was in the child’s best interest for that Third Party to have custody or visitation.

Exceptional circumstances weren’t found very often and Third Parties with a strong bond to children were often denied formal visitation. Custody or visitation was most likely to be granted when the parents were absent, or because of injuries or drug addictions, were incapable of taking care of a child. When a formerly drug-addicted parent was ready to resume custody, and their own parent disagreed that they were ready, litigation often ensued. After contentious litigation, there were heartbreaking stories of grandparents, or other friends or relatives who had raised children for years, being completely cut-off from those children after litigation. Whether one agreed with the policy that biology trumped almost all, the policy came under increasing pressure in recent years after the legalization of same-sex marriage and the incidence of “de facto” parents as those same-sex couples began having children. The landmark case that just changed Maryland law is Michelle L. Conover v. Brittany D. Conover, No. 79, September Term 2015. Although the Conover case involved a former lesbian couple, the new law applies to anyone with a relationship to a child that might qualify that person as a “de facto parent”.

Now that Maryland has recognized “de facto” parents children are more likely to maintain formal relationships with the individuals who raised them regardless of biology. The law of Maryland has always been to grant custody and visitation in “the best interests of the child.” That hasn’t changed. The Conover case simply allows a Court to consider what’s in the best interest of the child without a showing that a parent is unfit, or that there are exceptional circumstances. This new test may reduce the acrimony that goes along with contested custody cases. Hopefully children will have the adults in their lives that have always been there for them. 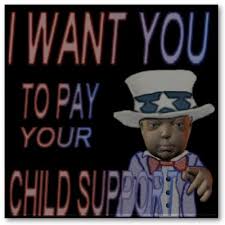 Most people would agree that financially supporting your children is the right thing to do, including paying any child support ordered by a family law court, if your children live with their other parent. The Court of Special Appeals in Maryland recently had to remind one parent who felt differently about that truism. In the case of Kelly v. Montgomery County Office of Child Enforcement (“OCSE”), No. 2504, Sept. Term, 2014 (filed Feb. 24, 2016) (Judges Kehoe, Leahy & Raker).

In the Kelly case, Mr. Kelly owed $9,867.00 for back child support which amount had been reduced to a judgment against him to make it easier for the mother to collect. When OCSE attempted to garnish $2,705.00 from Mr. Kelly’s bank accounts, he objected, lost, and appealed. The family law court ruled that OCSE could garnish Mr. Kelly’s bank accounts under Maryland Law Family Law Article §10-108.3(b)(1), “if an obligor  . . . has not paid child support for more than 60 days, the Administration may institute an action to attach and seize the amount of the arrearage in one or more of the accounts of the obligor with a financial institution to satisfy the amount of arrearage owed by the obligor.”

It’s difficult not to be critical of Mr. Kelly’s appeal because the cost of filing an appeal probably exceeded the $2,705.00 that he sought not to pay the child’s mother. However pyrrhic any legal victory might have been, Mr. Kelly made an interesting legal argument. Under Maryland Law, Courts and Judicial Proceedings Article (“CJP”) §11-504(b)(5), a judgment debtor under certain circumstances can exempt up to $6,000 in cash or other property from a levy to satisfy a money judgment. This law typically applies to debts like unpaid bills, breach of contract, etc . . .

Ultimately the Court of Special Appeals ruled that Kelly was an “obligor” but not a “debtor” for the purposes of the two different laws.  As such, the exemption in CJP § 11-504(b)(5) did not apply to efforts to collect unpaid child support payments, the judgment of the circuit court was accordingly affirmed, and OCSE could take the money in Mr. Kelly’s bank account to pay some of his back child support.

So, do you know the difference between the terms “debtor” and “obligor?” It might turn out to be important to you on some future day. And, if someone says “What’s in a name?” you can refer them to the Maryland Court of Special Appeals.

Maryland has a new law that took effect October 1, 2015 that allows people with minor criminal records to expunge or shield some criminal convictions from being public information (Maryland Criminal Procedure Section 10-301 – 10-306). Before October 1st even if a person was not guilty because the case was placed on an inactive (“stet”) docket, or had received a probation before judgment (“PBJ”), the charges remained publicly available to anyone with a computer or who visited the courthouse.

The old law could hurt and keep people with minor criminal records from getting a job. Because the records were public, employers could see those records which might affect their decision to hire someone.

Under the new law, after three years, certain criminal records are more easily expunged and/or shielded from public view. As an example, the new law allows someone to expunge their record of anything that is not technically a crime anymore, for example, possession of under 10 – 20 grams of marijuana. Those crimes were decriminalized in 2014 and 2015.

The new convictions that can be shielded under the Maryland Second Chance Act are:

If you have any questions about how to shield or expunge a criminal record, you should talk to an attorney to make sure that you are able to protect your public record to the greatest extent that the law allows.

It used to take couple wanting to divorce almost a year to do so in Maryland. Not anymore. Since October 1, 2015, there is a new ground for divorce in Maryland – divorce by “mutual consent.” You can be divorced immediately, or as fast as the Court can process your case, if four conditions are met:

This new ground for divorce is revolutionary in Maryland which had a long-standing policy of slowing divorce cases to encourage a reconciliation. The new law no longer requires the couple looking for a “no-fault” divorce to be separated for any period of time before filing for the divorce. This will allow couples to continue to live in the same home while they negotiate a settlement of their marital issues.

How Legal is Marijuana Paraphernalia in Maryland?

Posted on April 13, 2015 by Tim Leahy
Tweet
Much has been made about the 2014 decriminalization of possessing small amounts of marijuana, less than 10 grams, in Maryland. When the law was passed it did not legalize paraphernalia, the pipes, bongs, and other items used to smoke marijuana. As a result people could be criminally charged for possessing a pipe – but not for possessing the marijuana that might be used in that pipe. Recently, the Maryland House and Senate approved a bill that legalizes drug paraphernalia and doubles the amount of marijuana subject to civil possession penalties. It would still have to be approved by the Governor.
“We made the possession of marijuana a civil offense, but the hardware used with it is still criminal, so you had this disjointed law that didn’t make any sense,” says Sen. Bobby Zirkin. Marijuana is still illegal under federal law.
In other words, if you don’t know the law in Maryland you might end up needing a criminal defense attorney.